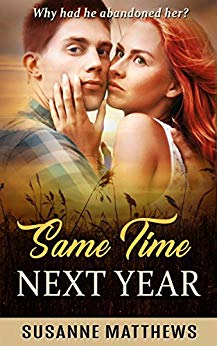 A novel within a novel.
For three short weeks, Twyla Lancaster was the fairy tale princess who’d found her prince, but just like that, reality ripped them apart. Now, fifty years later, she needs to know why the only man she ever loved broke his promises. As she writes her memoir and learns more about that summer, she realizes things were not what they seemed.
Hormones raced, promises were made, but Twyla left Michael Morrison high and dry, and within weeks, married someone else. Grieving the loss of his parents and her betrayal, he turned his back on love, focusing on his military career. Now, goaded by his sister, he agrees to attend a wedding and reunion, knowing Twyla will be there. It’s time to find out why she lied to him all those years ago.
The moment the star-crossed lovers see one another, love blooms between them, but when Michael discovers Twyla’s secret, he’s devastated. Is love enough to erase fifty years of pain and betrayal?