Ryker was raised in foster care group home, and never gained the softer skills a family would have given him. Upon graduation he joined the military, providing him structure, meaning and a great career of which he could be proud. After twelve years he has a life he is comfortable within, a team that he would die to protect and little else in his solitary existence. Unfortunately, all that changes when one of his team doesn’t make it out of the latest covert operation and Ryker is made to keep a promise that will take him on a trip toward everything he always claimed he didn’t want.

Darby is the all-American girl that her fiancé left behind to serve on a covert military team. Engaged to be married that summer when he returned she is knee deep in getting her organic produce and therapeutic horse farm operation off the ground. She is busy working toward her goals when the first letter is delivered by impersonal military personnel ending her dreams of the marriage she had planned since high school. The next three envelopes will be from members of her fiancé’s team, all making good on a promise they made him. One of those letters will bring the loner Ryker to her doorstep for one surprising month. 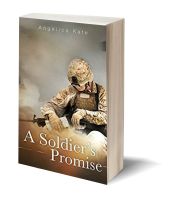