The Mirror
by Deborah A Stansil

When Amy’s daughter Lilly spots an old mirror in a local antiques store, she can’t resist buying it for her.

But with the mirror comes more than Amy bargained for. When Lilly starts talking about her “friend in the mirror”, Amy writes it off as an imaginary friend.

Can a mirror really reflect the past? How else can Lilly know so much?

Tales To Count On
by S. R. Mallery

Curl up and enter the eclectic world of S. R. Mallery, where sad meets bizarre and deception meets humor; where history meets revenge and magic meets gothic. Whether it’s 500 words or 5,000, these TALES TO COUNT ON, which include a battered women’s shelter, childhood memories, Venetian love, magic photographs, PTDS fallout, sisters’ tricks, WWII spies, the French Revolution, evil vaudevillians, and celebrity woes, will remind you that in the end, nothing is ever what it seems. 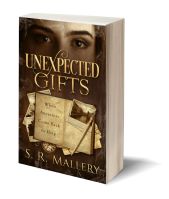 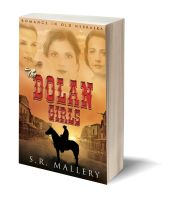 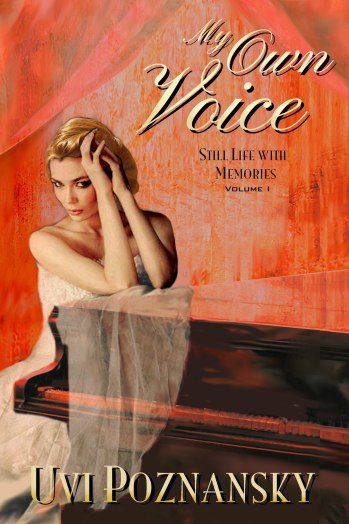 Falling in love with Lenny should have been the end to all her troubles. For Anita, it’s only the beginning, when family secrets start unravelling. His ex-wife, Natasha, is succumbing to a mysterious disease. How can Anita compete with her shadow? How can she find a voice of her own?

And when his estranged son, Ben, comes back and lives in the same small apartment, can she keep the balance between the two men, whose desire for her is marred by guilt and blame?

Dealing with the challenging prospects of the marriage of opposites, this book can be read as a standalone novel as well as part of one of family sagas best sellers. Still Life with Memories is a family saga series tinged with family saga romance, fraught with marital issues, and riddled with the difficulty of connecting fathers and sons.

Love Is Never Past Tense
by Janna Yeshanova

*An Epic Russian Romance Saga Based on a True Story*

A whirlwind romance on a romantic Black Sea beach turns into a quick marriage for Serge and Janna, only to have family, fate and foolishness tear them apart. As the cold war grinds to a halt, the politics of late Soviet Russia separates the lovers on different continents. Never quite coming together, never quite letting go, their lives overlap and entwine over the years…

Beneath the adventure and romance is a deeper story of achieving dreams regardless of obstacles. Janna Yeshanova brings forth her personal account of courage in the face of impossible odds, her indomitable spirit, and a heart of gold that held onto a lost love for decades.

Anyone who’s ever pondered the eternal question, “What makes life worth living?” can find the answer within the international romantic saga of LOVE IS NEVER PAST TENSE.

Then welcome to Angelic Airlines!

Come join the adventures of Captain Frankie and the Angelic Airlines flying angel as they travel across the world to the Seven Wonders of the World. Captain Frankie is waiting for you to book your ticket, safely stow your bags, and open your eyes to the beautiful places created for all of us to visit in My First Travel Books. 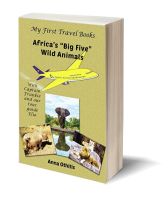 That’s not what you want to hear when you’re a week into a 10-day South Sea Island honeymoon. Georgie Shaw and Detective Jack Wheeler are living it up on Marvelous Marley World’s luxurious cruise ship, the MMW Fantasy of the Sea when trouble strikes. The deluxe accommodations, 5-star cuisine, legendary Marley World entertainment, and exotic locale comes with something extra–a boatload of mystery:

*A missing passenger that no one misses.
*Stolen jewelry, and some of it’s fake.
*A murdered man and his killer on the loose.
*A cool blonde, a sultry brunette, and too many suspects.

Put on the spot by Georgie’s not too tightly wrapped boss, they’re soon swept up into the investigation. The pressure is on too. Ari’i nui—the Big Chief himself, Mad Max Marley, is on his way from California to Tahiti. Can Georgie and Jack figure out whodunit before he arrives and scuttles the entire investigation?

Cats on board, too! Sweet romance and chocolate, too! 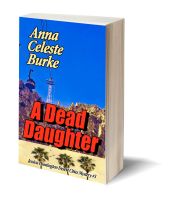 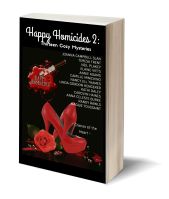 MY PRISON WITHOUT BARS: THE JOURNEY OF A DAMAGED WOMAN TO SOMEPLACE NORMAL is a novel based on a true story…Taylor’s story.

MY PRISON WITHOUT BARS is a courageous and harrowing journey through the catacombs of hell, from the mind and voice of a little girl living with her own monster underneath her bed. Written in first person, this novel is not a memoir, but more a psychological thriller based on true events; chronicling one woman’s attempt to claw her way out of the darkness of Child Sexual Abuse, while struggling to find normal, in a not-so-normal world.
It is poignant, dark and graphic; not for the faint of heart. This novel will make you feel…

*WARNING* THIS NOVEL IS GRAPHIC AND DISTURBING. IT MAY TRIGGER CSA VICTIMS.
IT IS INTENDED FOR 18+ READERS